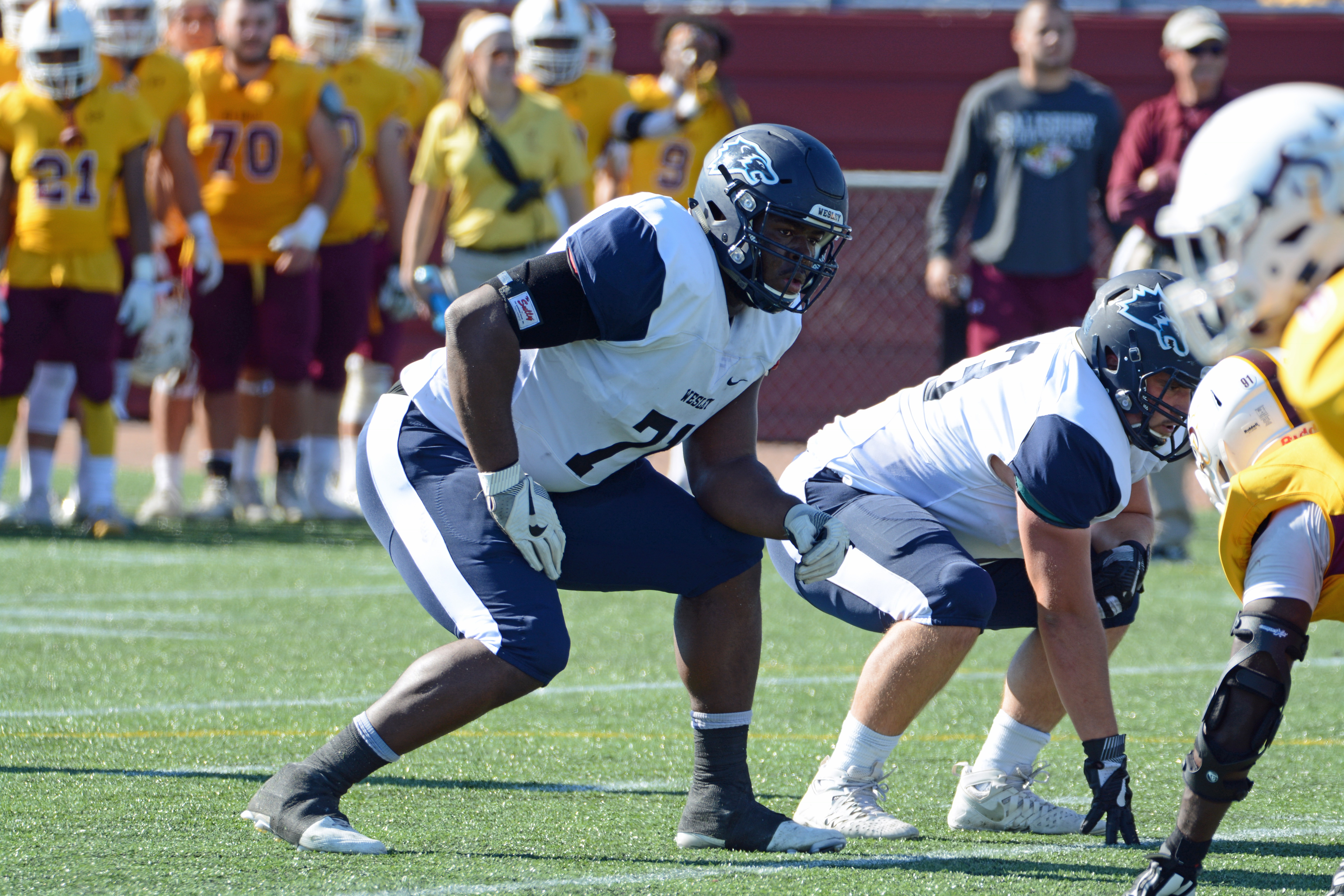 I did get to watch Wesley’s NJACC championship game against Salisbury University, which I watched from the end zone as a spectator. It was obvious that Matt Gono was one of Wesley’s best players, as a huge picture of him is on the billboard by north end zone. Gono immediately stood out, with is impressive size (6’4 310), powerful frame, athletic ability. He did not seem to look the part of a typical D3 LT, he looked more like a D1 LT, at least FCS.

The next two games, I was able to watch Matt Gono from the press box, as an intern for the SID of Wesley Athletics. I had a vantage point, of seeing how good this kid is. His NFL size was apparent, even from the press box. Wesley runs a spread offense and runs a lot of outsize zone and RPO plays.

Gono could get an invite to the NFL combine. If he doesn’t he should receive an invite to attend Univeristy of Delaware’s Proday.

Keep in mind, DL and LBs are much smaller in D3, however, Gono passes the test of popping immediately. I did see some good and some bad.

Gets to second level in a hurry

strong base when pass blocking

Leader of the entire team

Lean build and can be bull rushed

At times, Leans into defenders instead of using arms in pass pro

Can whiff on blocks

Can get caught too high

NFL ready as it gets from D3, best fit in a spread offense or up tempo offense. Gets to the second level in a hurry and is quick off the ball. Strong at the POA and typically uses good leverage, however he can be caught blocking too high. Good pass blocker, but needs to rely on his footwork more. Strong base in pass blocking. Leader of the team and leads by example. Good use of hands and use of long arms. Tends to let hands drift outside, which causes holding. He projects as an NFL LT, but could move inside if arm length is inadequate. Has spent time at both RT and LT. 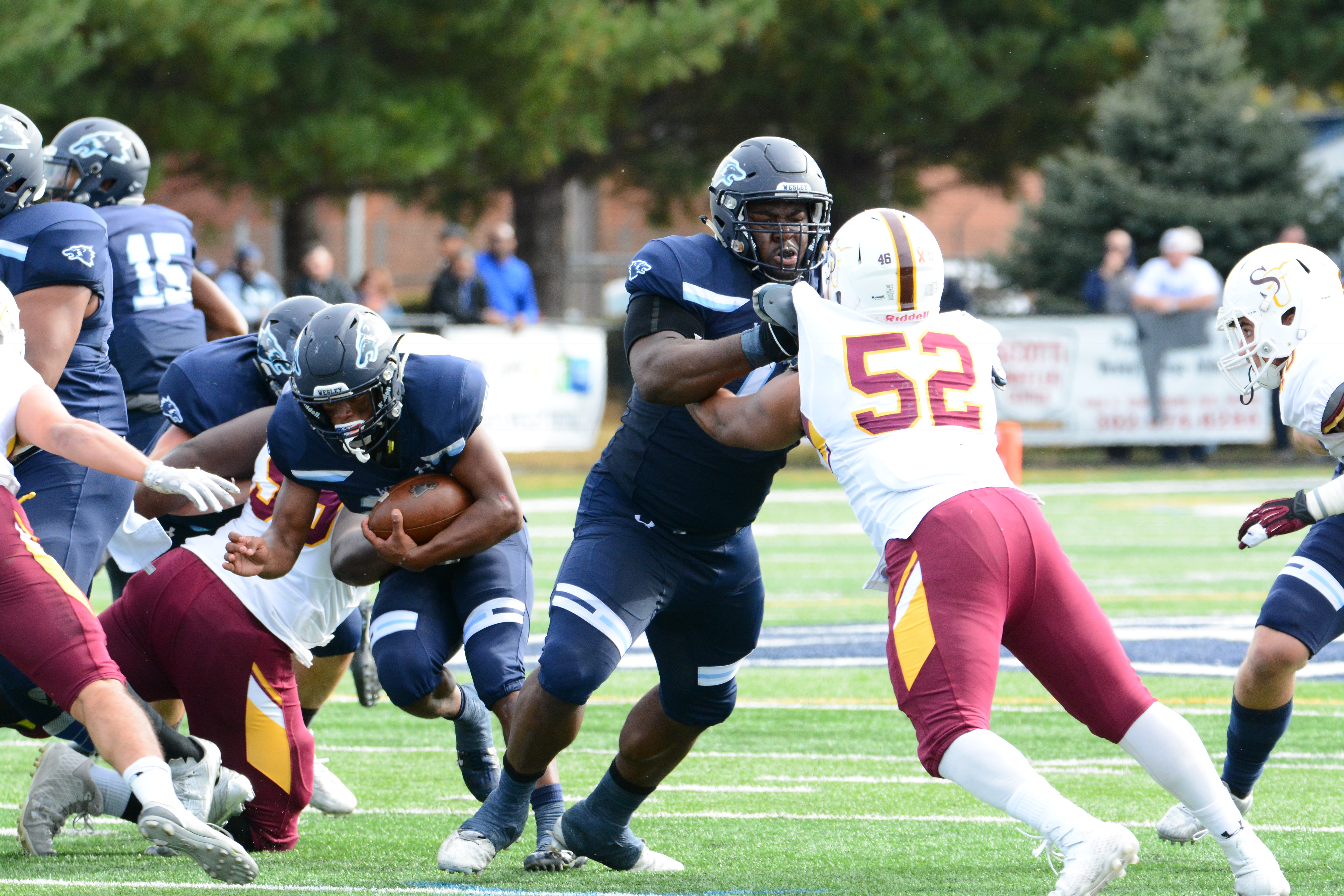