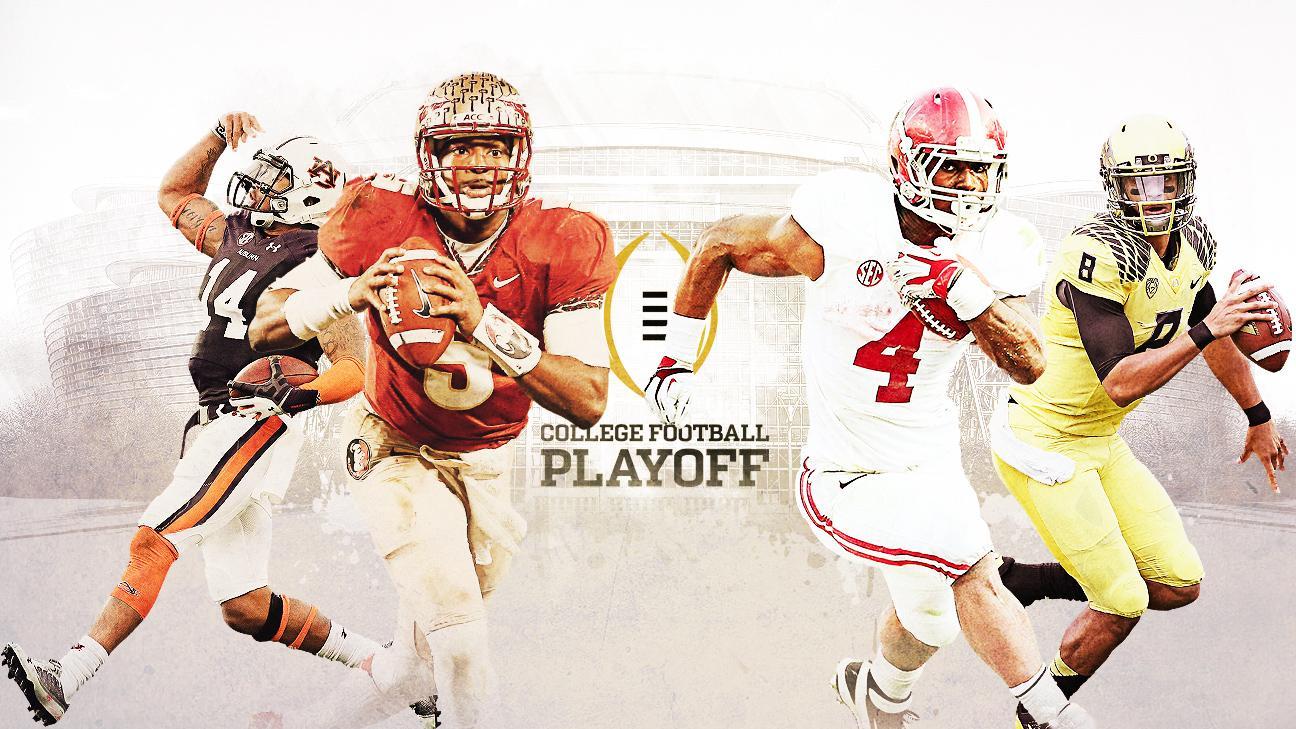 QB Jameis Winston –  Redshirt Sophomore returns after an unbelievable championship run. Winston’s 4057 yards and 44 TDs catapulted him to the Heisman Trophy. If he declares, Winston will be a top QB prospect.

WR Amari Cooper – Junior who was one of the most productive receivers in the nation a year ago. Compiling 736 yards and 4 touchdowns and had a knack for showing up in BIG games.

QB Marcus Mariota – The top ranked QB prospect by many experts returns for a title run. Last season, he tallied 3665 passing yards and 31 touchdowns with only 4 interceptions. Should be one of the first names called come next year.

DE Charles Tapper – Tapper leads a defense that returns 9 starters. He registered 5.5 sacks, 3.5 tackles for loss and 8 quarterback hurries. Tapper hopes to propel his Sooners into the new playoff system.

DE Noah Spence – Spence is a part of one of the nations top defensive fronts. Spence had 8 sacks and 6.5 tackles for loss. Spence is an ideal 4-3 End with huge NFL potential.

C Reese Dismukes – Dismukes is the leader of a very young offensive line. Last year this offensive live set school records for offensive numbers and scoring. DIsmukes will be one of the first interior lineman off the board next year.

QB Brett Hundley – Putting up huge numbers in the Pac 12 isn’t uncommon, but Hundley did it through the air and on the ground. 3071 passing yards and 748 rushing yards is quite a year and he is still improving.

CB Trae Waynes – Having lost his fellow corner to the NFL, Waynes will have to keep the “No Fly Zone” going. He has the ability and skill to not only do that but projects as a top level corner at the next level.

RB Mike Davis – Davis took over for Marcus Lattimore and kept the torch burning. He rushed for almost 1200 yards and 11 touchdowns in the tough SEC. This year running behind another draft prospect in LG AJ Cann, Davis should keep it up.   10. Baylor Bears QB Bryce Petty – Huge statistics in a weak defensive conference, but this QB is legit. 4200 yards passing and 32 touchdowns. Petty commands a high tempo offense and call many of his own plays and should translate to the new wide open NFL.   11. Stanford Cardinal LB AJ Tarpley – Taking over for Shane Skov, Tarpley will lead a stout defense. Last year he had 93 tackles with 1 interception. Even though he is faced with losing two All-Americans among his linebackers, Tarpley will be up to the task.     12. Georgia Bulldogs RB Todd Gurley – One of the most productive running backs in the nation. Gurley compiled 969 yards rushing and 441 receiving last season, with 16 touchdowns. Gurley will have to take more prevalence in the offense with the graduation of Aaron Murray.   13. LSU Tigers LT La’el Collins – Has the potential to develop into the nation’s best left tackle. Has a high ratio of knockdowns and week in and week out can neutralize the opponents best pass rusher.     14. Wisconsin Badgers RB Melvin Gordon – Even though he was splitting carries with James White, Gordon stuck out as the best RB on the team. Gordon rushed for 1650 touchdowns and should have an even bigger year being the true primary back.     15. USC Trojans DT Leonard Williams – Was a man among boys, compiling 74 tackles, 6 sacks, and 7.5 tackles for loss. He is undoubtedly the best defensive tackle in the nation and should come off the board rather quickly next year.   16.Clemson Tigers DE Vic Beasley – Beasley put up huge numbers in the ACC last year, 13 sacks and 10 tackles for loss, with 12 QB hurries. He was also named 1st team All-American and returned for his senior year.   17.Notre Dame Fighting Irish CB KeiVarae Russell – Russell returns as a starter with only 4 others. If the Fighting Irish is going to compete, their defense must step up. Russell had 51 tackles and 1 interception.   18.Ole Miss Rebels QB Bo Wallace – Wallace returned for his senior season to improve upon his draft stock. He returns his two top rushers and 2 of his 4 top receivers. Wallace passed for 3346 yard last year, if he can improve on that number he has a chance to surpass Eli Manning as all-time passing leader in school history.   19. Arizona St Sun Devils QB Taylor Kelly – A dual threat QB, Kelly is a stat sheet stuffer. 3635 yards passing and 608 yards rushing. Kelly returns with DJ Foster and Jaelen Strong. Kelly should be a top QB in next years draft.   20.Kansas St Wildcats WR Tyler Lockett – An all around receiver and returner, Lockett had 1262 receiving yards with 11 touchdowns. Lockett is also an amazing punt and kick returner. Lockett will be a weapon at the next level.   21. Texas A&M Aggies LT Cedric Ogbuehi – Sliding from RT to LT to protect a new QB, shouldn’t be a difficult task for this man. Ogbuehi started his career at LG, then RT and now the cornerstone of LT. Ogbuehi should continue the run on Texas A&M lineman high in the draft.   22.Nebraska Cornhuskers DE Randy Gregory – Gregory will lead the black shirts in to battle. He compiled 10.5 sacks and 8.5 tackles for loss along with 18 QB hurries. Gregory is one of the most intriguing prospects in this upcoming draft.   23.North Carolina Tar Heels WR Quinshad Davis – Davis returns as UNC’s leading receiver, he compiled 730 yards and 10 touchdowns. Davis will have to help new QB Marquise Williams for this team to be successful.   24.Missouri Tigers SS Braylon Webb – Webb returns as the leader of the Mizzzou defense. Last season he tallied 89 tackles, 3 interceptions and 7 passes defended. He led the Tiger secondary to a shutdown of high draft pick TXA&M Mike Evans.   25.Washington Huskies NT Danny Shelton – Manning the nose in the Husky defense, Shelton compiled 59 tackles and 2 sacks. Shelton should be able to play either 4-3 defensive tackle or a 3-4 Nose in the NFL. 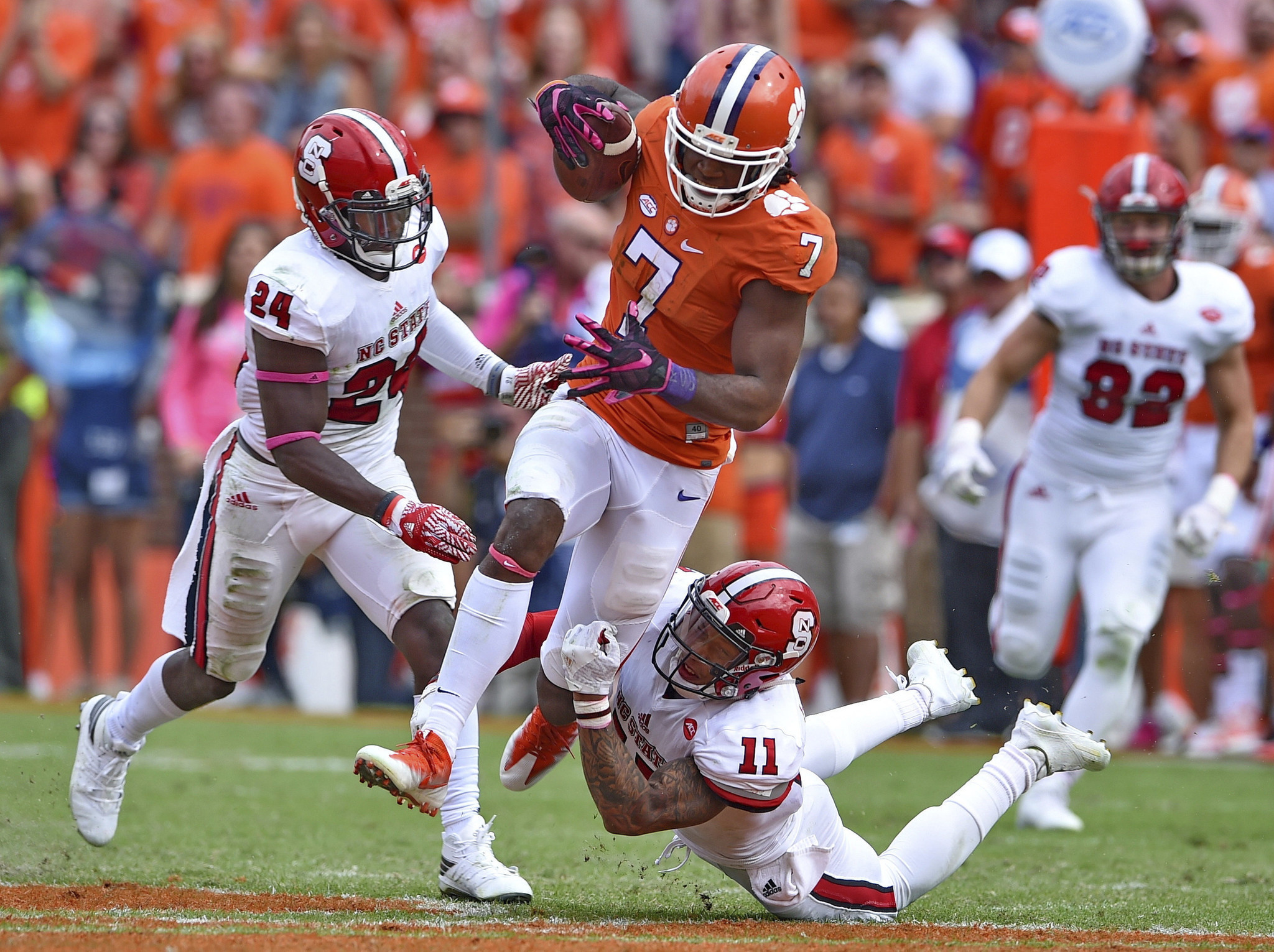 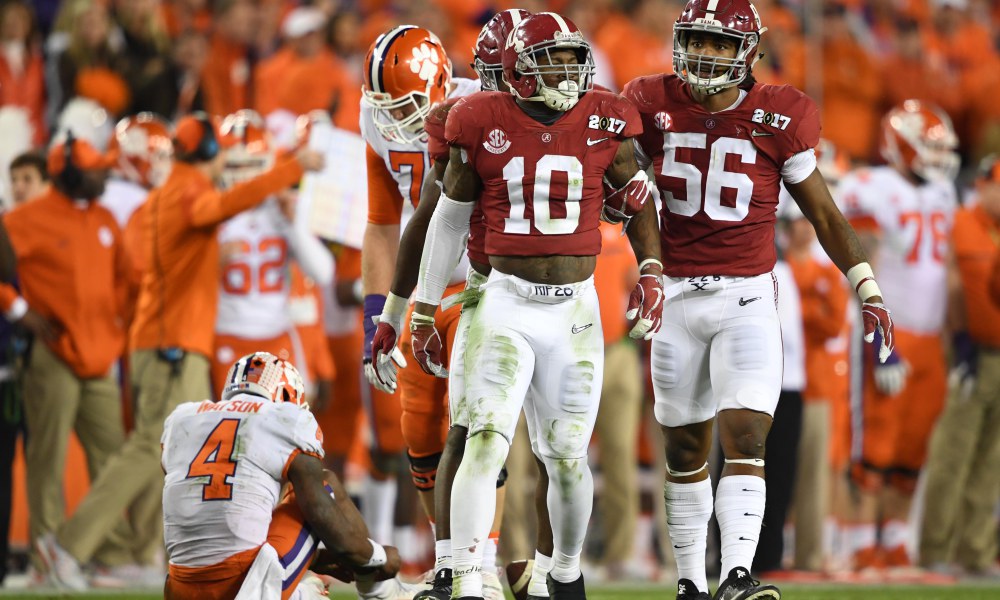 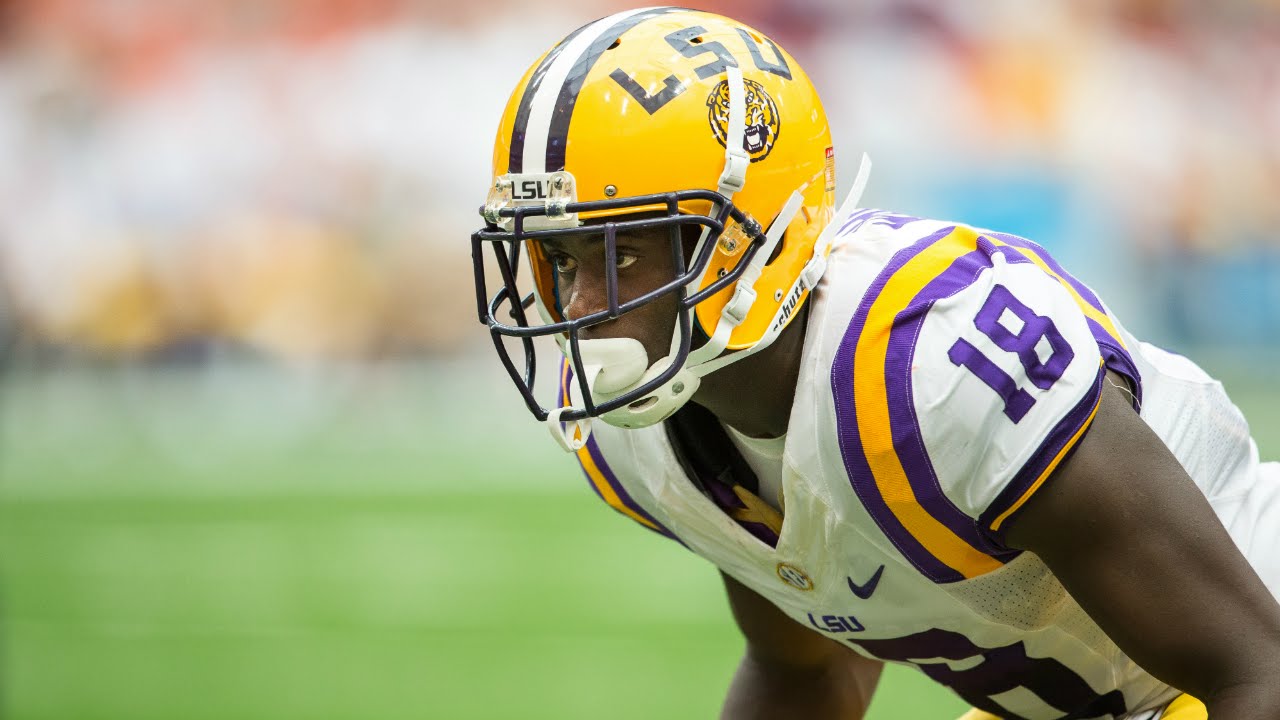