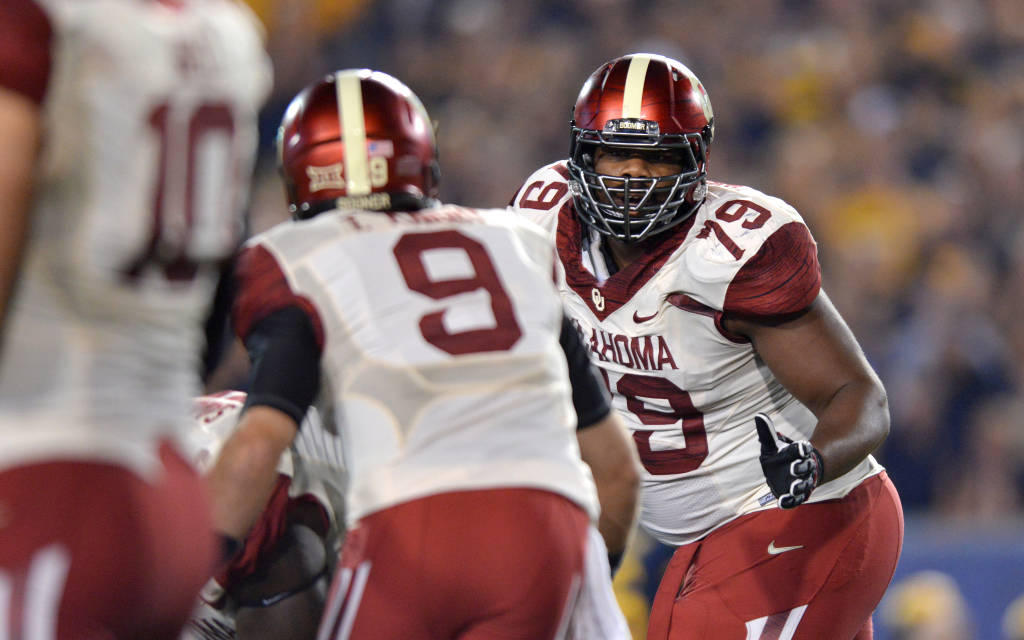 Daryl Williams really fits the mold of other Oklahoma OTs that have been drafted in the past. Guys like Jamaal Brown 2005, Phil Loadholt 2009, Trent Williams 2010, Donald Stephenson 2012, and Lane Johnson 2013, have made an impact for the respected NFL teams. Daryl Williams looks to be the next quality OT drafted into the NFL. Daryl Williams has started every game at RT so far this season. Much like Trent Williams, Daryl Williams is strong at the POA, has good feet in the run game, and has good ability to get to the second level.

Run Blocking:
Drayl Williams has the strength to drive DL/LBs off of the ball. He has strong hands, and when he gets his hands on the defender, they struggle to get off the block. For the most part, he stays low and gains leverage on his blocks. He does tend to over extend, and miss on blocks. While he is always looking for somebody to block, at times he blocks the wrong defender, allowing another defender to make the play.

Pass Blocking:
Williams anchors well and doesn’t get pushed around by strong bull rushers. He has good feet and a strong base to keep him from getting bullied around. When smaller defenders rush straight at him, he over powers them. When faster defenders bend around the corner, he tends to lunge, and whiff on the block.

Overall:
Williams a stout OT that does everything well. He is projects well for teams looking for a RT in a run based offense. Since RTs have been more important in today’s NFL, teams could target Daryl Williams on day 2.