After a crazy Rivalry Week, #4 Mississippi State lost to in-state rival Mississippi and will most likely be left out of the first College Football Playoff. Most likely one of the Big 12 teams, TCU or Baylor will slide into that fourth and final playoff spot. This week we have Conference Championship games in the SEC, ACC, Big Ten, Pac 12, Conference USA and Mountain West. This week is also the final week that teams have the chance to impress the committee and work their way into those coveted four playoff spots.

Representing the Pac 12 South, Arizona will look to defeat Oregon for the second time this season. Earlier this year, Arizona went up to Eugene and defeated the Ducks by a touchdown. Arizona has only lost to USC and UCLA, while Oregon’s only loss came to these Wildcats. Oregon is a win and in situation, where Arizona would most likely need help to make the top 4. This game should be interesting and fast paced.

Allen has the potential to be a contributor at the next level, but he cannot seem to stay healthy. He missed most of last season and has only appeared in 3 games this season. He has the size to play DE in both a 3-4 and a 4-3 defense.

“ Allen has a high motor. He is a raw prospect and doesn’t have the stats like most, but with proper coaching, he can be a good player at the next level.”     – Bret LaGasse

Grasu is a top interior lineman in the 2015 NFL Draft class. Grasu is in the mold of former Duck Max Unger, he doesn’t rely on power, but more on athleticism and intelligence. He is a vocal and physical leader of the Duck offense.

“ The best Center in this draft class. Big, strong, athletic Center, that runs any blocking system, and makes every line call. Watch his matchup against Danny Shelton, and that’s all you need to know about his game.”                         – Bret LaGasse

Coming off a redemption win in the Iron Bowl against Auburn, Alabama will look to secure the number one seed in the first Playoff bracket. A win and they accomplish that and a loss could knock them completely out. Missouri has played well all year except for in two games, versus Georgia and at home versus a terrible Indiana. A win by Missouri would be a huge upset and completely shake up the playoff seeding in the last week before the playoff bracket is set.

Xzavier Dickson has moved into a more prominent role in the Crimson Tide defense. Dickson is the type guy you would want off the bus first on gameday. He looks the part of a outside linebacker defensive end at 6’3” and 268 pounds. This season he has 35 tackles, 10.5 TFLs and 8 sacks.

“ Dixon is known as the “Jack” defender in Alabama’s hybrid defense. Dixon has   given Alabama the flexibility on defense every team wants. He uses a mix of speed and power to rush the passer. He sets the edge against the run as well.”

Has played Center, Right and Left Tackles for the Tigers over the last 3 plus seasons, so the versatility is there. Morse is best suited for the Right Tackle or inside at Guard. He is a little slow in his feet and at the Left Tackle spot he can be exposed.

What could be a Big 12 Championship Game, but really isn’t, because the conference doesn’t have one. Kansas State travels to Waco to take on the Baylor Bears. Baylor will look to impress the committee one last time, where its biggest competition for the 4th spot is conference mate TCU, who plays 2-9 Iowa State. Coming off a narrow victory over Texas Tech, Baylor looks to leave the committee with a good image, where Kansas State is coming off a demolition of instate rival Kansas. This game could also have huge impacts on the Top 4. Baylor with an impressive win could slide above TCU and into the playoffs.

One of if not the best Wide Receiver in the Big 12, Lockett is also a game changer as a return specialist. He isn’t the biggest guy in the world at only 5’ 11” and 175 pounds, but is fast and quick. This season he has 79 catches for 1193 yards and 8 touchdowns. He will be a weapon that NFL teams will fall in love with come draft time.

The starting Left Tackle for the Baylor Bears the last three season is also one of the top tackles expected to enter the 2015 NFL Draft. A very talented and smart offensive lineman that has very few holes in his games. The only knock could be a minor back surgery that he underwent last November.

Florida State keeps on winning, albeit close, but they keep winning. Last week the Seminoles survived a pesky Florida Gator football team. On a neutral field, Georgia Tech may have the best shot at knocking off the defending champions. Coming off a huge instate rivalry game win over Georgia, Tech looks to win the ACC and knock Florida State out of the playoff run.

The leading tackler for the Yellow Jackets, Nealy is an inside linebacker that can make all the plays for this defense. This season he has compiled 84 tackles, 6 TFL, 1.5 sacks, 1 fumble forced and 2 interceptions. Nealy is an underrated prospect and has the potential to succeed at the next level.

“ Much like GT’s defense, Nealy is very underrated. At 6’1”, 236 pounds he has the size and strength to make plays against the run and he can drop back in coverage. Very productive player, that makes plays based off his instincts.”           – Bret LaGasse

As only a Junior, he will determine if he wants to forego his Senior season and go to the NFL, but if he does he will be highly coveted. Williams has an uncanny combination of speed, athleticism and physicality. This season he has 51 tackles, 4 TFL, 1 sack, 10 passes defended and 1 interception. Williams was named the National Championship Game MVP last season.

The Big Ten Championship game has an odd feeling after last week. Ohio State is knocking on the playoff door, but is on their third starting quarterback with the season after losing JT Barrett last week to a broken ankle. Ohio State needs an impressive showing to vault over TCU and Baylor. Wisconsin is coming off a win versus Minnesota, this season they have lost two games, an embarrassing one against Northwestern and an opening night loss to LSU. Another big game on Championship Weekend.

Playing mostly as a backup, until this season where he took over at Guard. Lewallen has the size and consistency to play at the next level. He has not red flags in the health department, but does not have much on tape for scouts as well. A good showing this season will certainly warrant him a draft selection.

Coming to Ohio State, Grant was the number 2 high school recruit in the nation only behind Jadaveon Clowney. Injuries have derailed most of his college career. A start last season and this season he has become a big part of the Buckeye defense. His size alone will get him looks, but this kid can play. 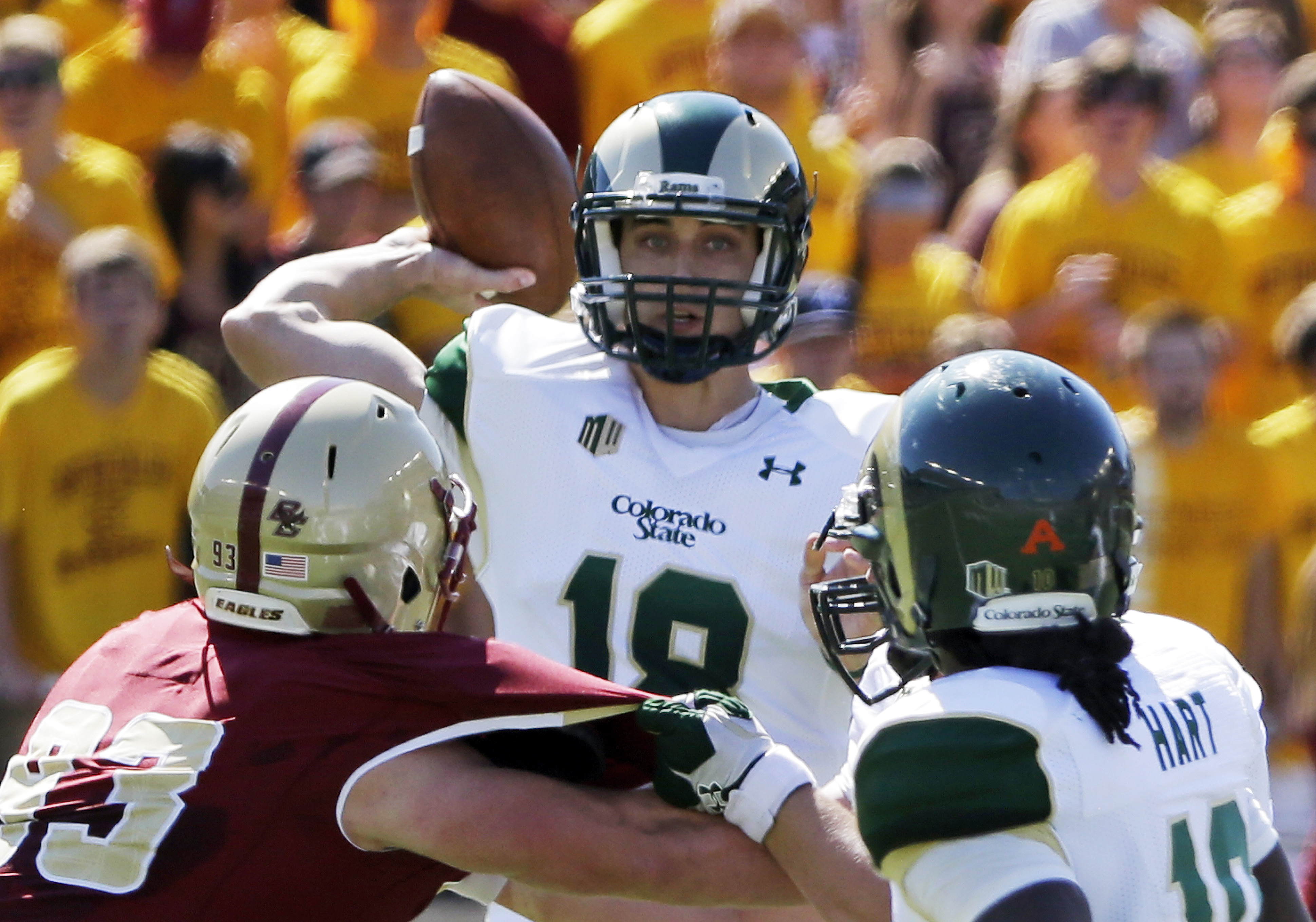