The Senior Bowl is a great place for these players to show what they are made of. Some players set out to show they can learn and play a new position. Nate Orchard DE, Utah, really flashed his ability to play stand up LB. Small name QBs flashed ability, Garrett Grayson Colorado State and Bryan Bennett SE Louisiana. Small CBs, really made big time names for themselves, Steven Nelson Oregon State, Kevin White TCU and Quinten Rollins Miami (OH). As good as these players were, it was the Running backs that stole the show.

1.) Ameer Abdullah Nebraska: Abdullah ended the game with 4 catches for 40 yards, and 7 rushes for 73 yards. Flashing versatility, with his ability to make plays catching the ball and running with speed and power.

2.) Tyler Varga Yale: Varga is listed as a FB, but showed a lot of versatility as a lead blocker, and a running back. Varga rushed for 2 TDs, and was the lead blocker on another TD. Varga stoned LB Stephone Anthony, who outweighs Varga by at least 10 lbs.

3.) David Johnson Northern Iowa: Johnson is a small school prospect, but is a big man. He showed versatility to return kicks, catch the football, and run the football. Johnson ran high, but very smooth in and out of cuts. He showed ability to make people miss with good agility and vision. Johnson really showed to play with a chip on his shoulder

4.) David Cobb Minnesota: Cobb had burst and power, to run through the LOS. He played much bigger than he is. He shows ability to run with leverage and power to run through tackles. Cobb showed that he can be the goaline back and a short yardage back. 5.) Cameron Artis-Payne Auburn: Payne showed good balance, vision, and burst. His patient running style, makes him perfect for a zone/stretch run system. Payne followed his blockers and showed good burst in the open field. He wasn’t afraid to lower his shoulder and run through defenders. He even showed to be a good receiver out of the back field.

It wasn’t just the RBs that had good games, but some CBs really showed potential.

1.) Steven Nelson Oregon State: Nelson was tasked to cover a WR, that was easily 2 inches taller, and outweighed him by 15 lbs, Sammie Coates. Nelson blanketed Coates on every play. He had at least 4 PBUs, and a near pick. Nelson really flashed instincts and ability. He did a good job of using his hands to stay with the WR, staying in his hip pocket at all times. Nelson was beat over his head, by Rannell Hall, who leaped over him for a highlight catch. Nelson drew the comparison to Mighty Mouse by NFL Network’s Charles Davis.

2.) Kevin White TCU: Like his predecessor, Jason Verrett, White, showed ability to play bigger than his size, and keep everything in front of him. He came up with a clean INT against Baylor’s Bryce Petty. White didn’t give up big plays, and was able to stay with big receivers and small, fast WRs.

3.) Quinten Rollins Miami (OH): Rollins had good coverage against Tyler Lockett and got his hands on the ball, but couldn’t come up with an INT. He was determined to make up for it. On the next ball thrown his way, he was able to high point the football, and come up with an INT. Rollins has impressive size, and looks the part of a starting NFL CB.

QBs weren’t exactly flashy, but some QBs did show some type of promise.

Garrett Grayson Colorado State: Grayson seemed to be the most steady QB in the game. He showed decent pocket awareness, good accuracy, and ability to stay calm in the pocket. Grayson was able to connect to his TEs and most WRs. He wasn’t afraid to attack CBs and try to make things happen. Grayson could be a development QB for a team with a QB already in place.

Shane Carden ECU: Carden really showed poise and some arm strength. He has an awkward release, but it doesn’t slow his release down, and he stands in the face of the pass rush and makes the throw. Carden showed his toughness that he showed all season, taking a shot and getting right back up. Carden’s release may bother some, but he really showed major potential to possibly a starter at the next level.

Sean Mannion: Mannion showed accuracy but little poise. He doesn’t have the arm that most NFL teams like, but Mannion did enough to show he is worth a late round flyer. Mannion has the tall, slender frame, which Charles Davis compared to Mike Glennon.

One of my favorite things to see is small school guys, stand out against bigger schools. Especially players that from from D1AA, D2, or D3.

Nick Boyle TE Delaware: Nick Boyle measured in at 6’4 266 pounds. WIth ideal size for a TE, he showed ability to block inline at in space. He also showed good ability by making a catch, and leaping over a defender. Boyle showed his ability to block all game long, and really opened up eyes. If Boyle has a good Combine/Pro Day, he could really climb draft boards

Lyden Trail EDGE Norfolk State: Lyden Trail is a big guy (6’7 250) that played for a small school. He doesn’t have a position, but has plenty of athletic ability to rush the passer. Trail really stood out on tape, but at the Senior Bowl, he was in the QBs face all game long. He made a living in the backfield in this game.

Ali Marpet OG Hobart: Marpet comes from D3, but held his own against the likes of Joey MBU and Gabe Wright. Marpet really showed toughness and strength for his size. Where he played alone could have caused him to go undrafted, but his showing at the Senior Bowl, really proved that he has a chance to hang with the big boys. Marpet could make the switch to C, but I think Teams give him a chance to play G.   All of these players have already helped their stock, answered some questions, and put themselves in good position for scouts to see them. We had RBs dominate, which is fitting since most teams in the playoffs, could run the football. Running the football, has become essential to winning again, and these RBs listed could help every team in the NFL. We had 3 small school guys stand out, that could come in and become difference makers at the next level. The QB class may not be very strong, but the Senior Bowl featured at least 3 developmental prospects. Next up, the NFL COMBINE! 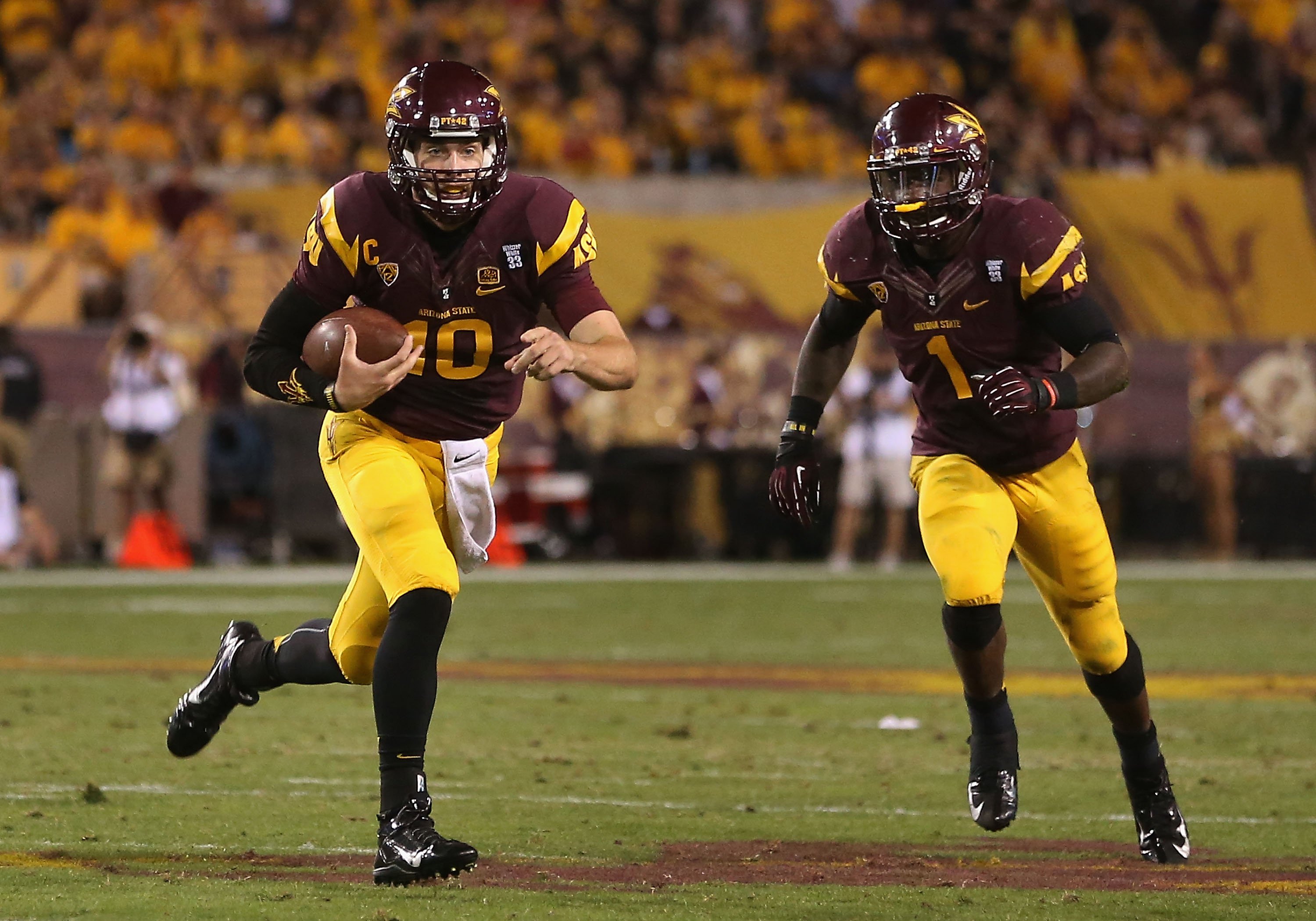