Michael Bennett, not to be confused with Seattle Seahawks’ defensive end, has been a reliable DT for Ohio State. Bennett is considered a smaller DT, standing 6’2 and weighing about 288. Usually guys his size have a harder time taking on blocks from big, interior OL and taking on double teams. Bennett doesn’t have that problem. He does a great job, of getting underneath of his blockers to gain leverage. This play against Navy (below) shows exactly what I’m talking about.

As you can see in the first picture (Top right) Bennett is lined up in the A gap. Between the C and RG. The play is a misdirection. The flanker/wing, goes in motion, and the RB takes the hand off up the middle. Bennett does a good job of getting off the ball, before the OT and stays low. With that kind of burst, the OT can’t get his hands on him, making it easy to shed the block. The G blocks out to Bennett. Bennett has already shed one block, so the G blocking out, gets driven into the RB. Because of Bennett’s ability to shed blocks, the play was blown up and held to a 1 yard gain. 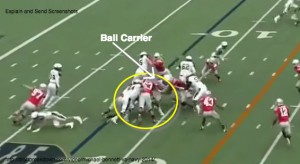 The next play, Michael Bennett does a great job of getting inside the block, shedding it, and making the tackle. 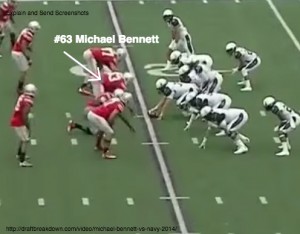 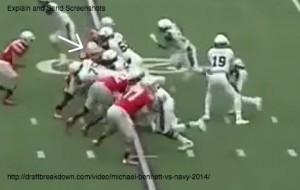 In the play above, Bennett is lined up over the G. Bennett again, gets low, and gains leverage on the G. He notices the C trying to chip him, and is able to get split the double team by the G and the C.

Bennett finishes getting off the block, finds the ball carrier, and makes the tackle. Again, the RB is held to 1 yard.

Navy wasn’t the only quality running team that Bennett was able to get off blocks and make a play. Let’s take a look at the Big Ten title game against Michigan State last year. 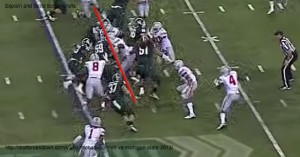 Michigan state is running a misdirection play. The WR motions across the formation to fake a reverse, and the FB pulls to fake the block out side. Bennett doesn’t bite. He reads the OL in front of him. Bennett gets underneath of the G and extends. Bennett finds the ball carrier (top right), and sheds the block. (Bottom Left). Bennett meats Adolphus Washington at the ball carrier, which creates a wall, and gives the ball carrier nowhere to run.

What about Pass defense? Well Bennett shows ability to recognize the screen and stay at home.

Bennett sees the RB headed into his route and sheds the block. He immediately pursues the RB. It may not look like much, but it showed discipline to not over pursue, and read the play. He has the athleticism to finish this play, although he wasn’t able to. He was blocked while in pursuit.

Michael Bennett’s strengths are his ability to get off the snap quickly, stay low, shed blocks, and get through double teams. He provides pressure up the middle and off the edge as well as stopping the run. I would like to see Bennett improve on getting his hands up when he can’t get to the QB, and to learn when the spin move is appropriate.

Overall, Michael Bennett is an impressive DT prospect. His best fit is a 4-3 UT, very similar to the kind of role that you see Gerald McCoy play. Bennett has the ability to make defenses better up front. His versatility to be a 3 down DL, will raise his draft stock. Look for Bennett to remain at the top of most draft boards, through out the draft process. 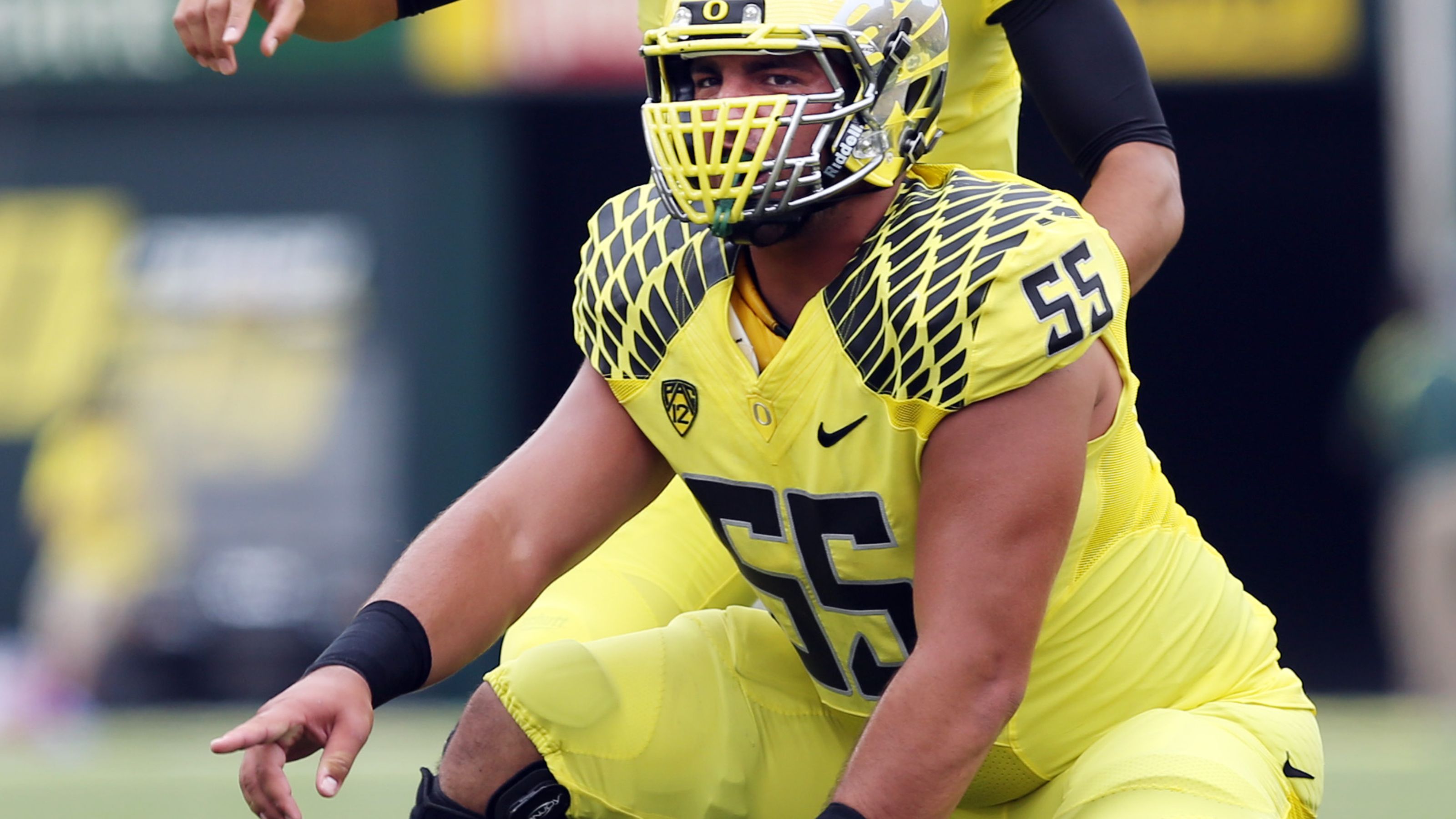